I am grateful for the trust the citizens placed in me to represent you and lead our spectacular city.

Thank you campaign volunteers, for your hard work!

I am honored to be elected to lead Scottsdale as Mayor.  Thank you for supporting our vision of a city where the citizens are heard, where development is done responsibly and where families can thrive. I will work every day to make Scottsdale a better city for you and your family.

Congratulations to councilmembers-elect Betty Janik, Tammy Caputi and Tom Durham. I look forward to working alongside the entire City Council.  If we act wisely, our community can be healthy and our economy will rebound from the COVID-19 pandemic.  We will listen and lead humbly, as we craft General Plan 2035 to reflect the residents' voices.  If we remain true to our values, we will ensure this great city remains a place of fellowship and opportunity.

I am proud to serve as Mayor and look forward to fulfilling that commitment everyday.

With a grateful heart,
Dave 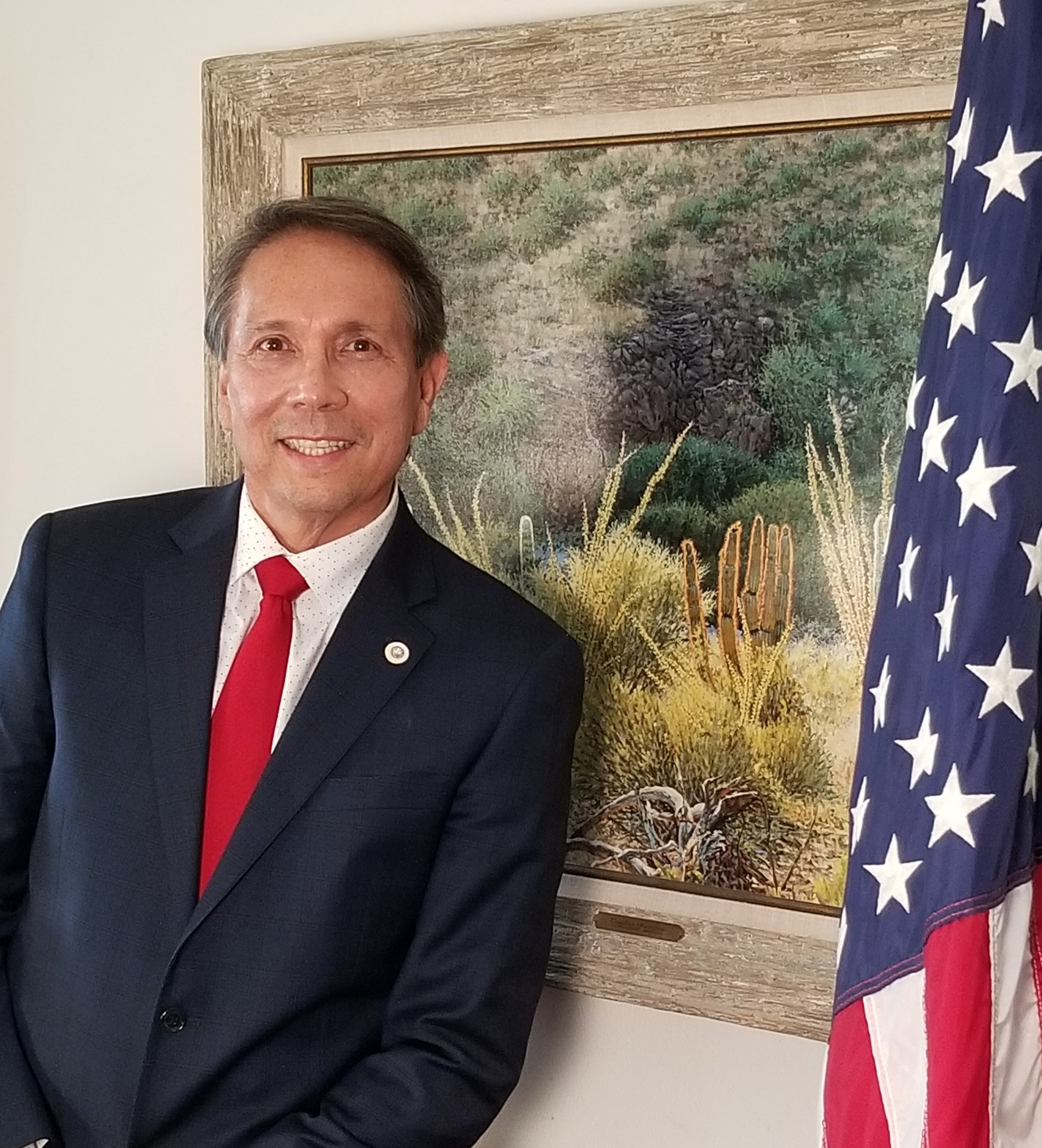 I am running for Mayor of Scottsdale because I know that Scottsdale is at its greatest when it strikes that perfect balance between quality growth, natural beauty, and strong and safe neighborhoods.

For over 41 years working as a Scottsdale architect in the private sector, my experience has been pro-development.  Scottsdale pro-development respects our Western heritage, honors mountain vistas and favors low density, whether in Old Town or near the McDowell Sonoran Preserve. Our values distinguish Scottsdale and must not be cast aside.

My unwavering support for the Scottsdale Police Department began when I married into a law enforcement SPD family. Lt. Michael Gannon retired from NYPD in 1966 and joined SPD to modernize the force. Chief Gannon retired in 1989 and oversaw completion of SPD Via Linda HQ.  In 1980, I married his daughter. Mutual respect for the sacrifice, vigilance, accountability and community policing required to "Protect and Serve" are embedded at my core.

Arizona Statute and City Charter require that every ten years, the City must conduct citywide dialogue and adopt a General Plan. In 2009-2012, when my opponent for mayor held office, the council failed to deliver General Plan 2011. Continued lack of communication fractured trust in City Hall, leading to the planning turmoil we have today.

Rather than working diligently to get resident approval the council  used a patchwork height and density waivers. In 2011, the worst example was approval of Blue Sky Apartments, 700- units, located across from Fashion Square on Scottsdale Road.

In 2019, the SouthBridge Two developer requested 12-story towers including many height, density and setback variances. I spoke at Planning Commission and met with the developer pointing out crowding of the canal and Fifth Avenue, traffic gridlock, undermining the street and major disruptions to adjoining businesses during the multi-year construction. I took the objections directly to mayor and council, but they would not listen.

My opponent for mayor, who resides four blocks from the proposed SouthBridge Two project, did not say one word to defend local businesses or stop encroachment on the canal, not one word.

Also in 2019, a rezoning case to locate a medical marijuana dispensary next to a school and church in Old Town nearly got approved.  I joined families and area businesses in opposition and a legal protest was certified. Citizen objections forced a super majority 5-2  vote, and the applicant voluntarily withdrew.

My opponent for mayor, who resides and offices five blocks from the proposed dispensary, did not say one word in defense of the school, church or families objecting to the dispensary, not one word.

When I served as city councilman (2000-2004), I helped to craft the last successful General Plan 2001, which was voter approved.  As a team, our city council gathered input citywide, from Sonoran Hills, to Pinnacle Peak, to the Scottsdale Airport, Old Town and the McDowell corridor.  I have seen how council members can listen, gather diverse insights and create a powerful blueprint. As Mayor, listening and building consensus will be my priorities to craft General Plan 2035, which will be written and finalized in 2020-2021.

Residents, businesses and families should not have to act thru referendums and legal protests to get City Hall to listen. I have a proven record of  defending neighborhoods, families, small businesses and Old Town character.

I am asking for your vote and financial support because we must reclaim our citizen-driven, business-friendly, hospitality-centered future.   Please join my campaign and share your energy and talent.

PS: In spite of lobbyists and zoning attorney attacks, we prevailed. Thank you Scottsdale!


Sign Up for Updates
Thanks for signing up!
Paid for by Committee to
Elect Dave Ortega Mayor
Powered by CampaignPartner.com - Political Campaign Websites
Close Menu